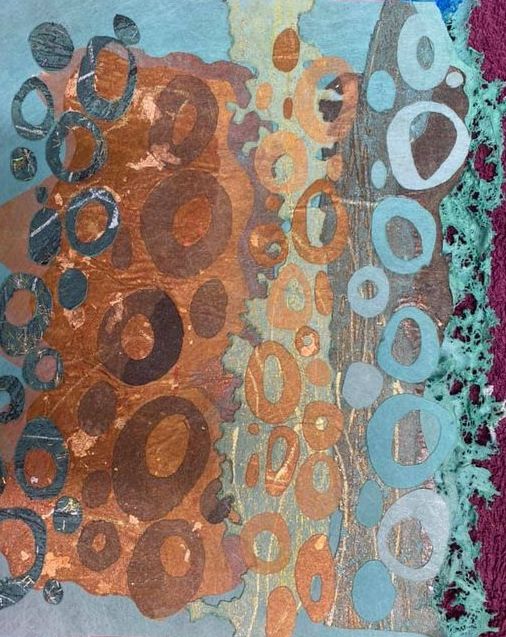 Many of our members need no introduction to Kim Thittichai, the well-known international textile artist who lived in Sussex until a few years ago. Many of us have benefited from her inspiring teaching over the years (I was very fortunate to do a year-long City and Guilds Textile Decoration course with her many moons ago, and I’m still using and enjoying techniques that I learnt from that course). Kim made an inspiring move to the South West coast of Ireland a few years ago, where she is pursuing her own textile work as well as teaching online. That brings me to the reason for this post: Kim is now offering her ‘signature’ Experimental Textiles course online. If you feel ready to take on the fun and challenge of a bigger course, there is more information in the link below. It’s a 10-month course with monthly online tuition sessions, monthly individual tutorial, monthly project, an online support group with other course members, and two years access to the 24 videos that make up the content of the course. Kim recognises that it’s a big commitment, so if you’re interested, she suggests you contact her to talk it over before deciding. Have a look at her website and you’ll see lots of inspiring images. If you’re ready for a new challenge, do consider it. I can guarantee you’ll have fun! https://www.kimthittichai.com/?utm_source=Sonas+Studio+reminder+list&utm_campaign=ba0785c435-EMAIL_CAMPAIGN_2022_07_27_07_05&utm_medium=email&utm_term=0_428c83cced-ba0785c435-334865653 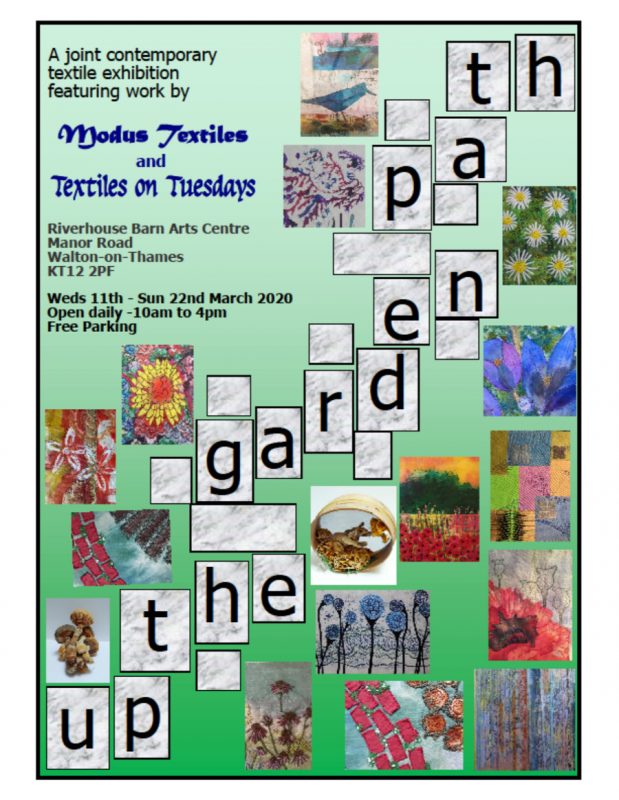 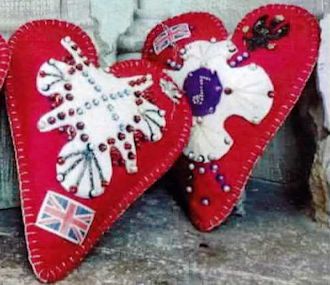 Is anyone else planning to take part in the Embroiderers Guild 100 Hearts project? The plan is for members to stitch hearts in commemoration of the 100th anniversary of the end of the First World War. The guild will exhibit them across the country in groups of 100, and I think they’ll be at Ally Pally too.

I’m planning to make one, in memory of two great-uncles who died in the First World War, one on a troopship and one in the battlefield in Flanders. If anyone else from Worthing Tuesday is doing one, it would be good to photograph them together before they go off.

I've received some lovely photos from the workshop in June with Julia Brown, on Sussex landscapes in[Read]

Kim Thittichai says 'come and play with me'.

Many of our members need no introduction to Kim Thittichai, the well-known international textile art[Read]

It doesn't seem like a whole year ago that we were just cautiously coming out of lockdown. Our picni[Read]

A passion for colour

Carol Naylor was our inspiring speaker this month. Carol started by surprising us when she said that[Read]

If you are free on Thursday, Friday or Saturday, I recommend this exhibition at Colonnade House (ope[Read]

The secret is out: SCS member Gay Hibbs is a yarn-bomber! This one is in Findon village.  [Read]